21st June Starting to get interesting.

Up early and we’re out the hostel straight into traffic of which there seems to be a lot of cycle commuters who are just trundling along like Amsterdam here there lycra wearing missiles. And the fact my legs felt fresh I may have been a bit competitive with a couple ok they had the speed on the flat but on the hills I had the power (ok the only ones I could keep up with were ladies but I’m still claiming the victory.) Man is it hard to figure out junctions while trying to read the not always helpful sign while cycle lanes cross the side of road they’re on for no good reason all while trying not get overtaken again by the person you just passed a minute a go. Anyway Oslo and its suburbs were dealt with eventually and then it was just a nice ride in the country only with really steep long hills. I was mainly following route E18 but after a couple of pointless hilly detours I stuck to the road a bit. After missing a turning it took a while to get back on track but after all said and done only added about 6km onto my route. Had launch in easily the nicest place on the trip so far. Early finish so a bit of bike maintenance was in order. As I’ve been a bit mad with the chain cleaning it has stretched a lot so I put my spare on and we’ll see how it goes. 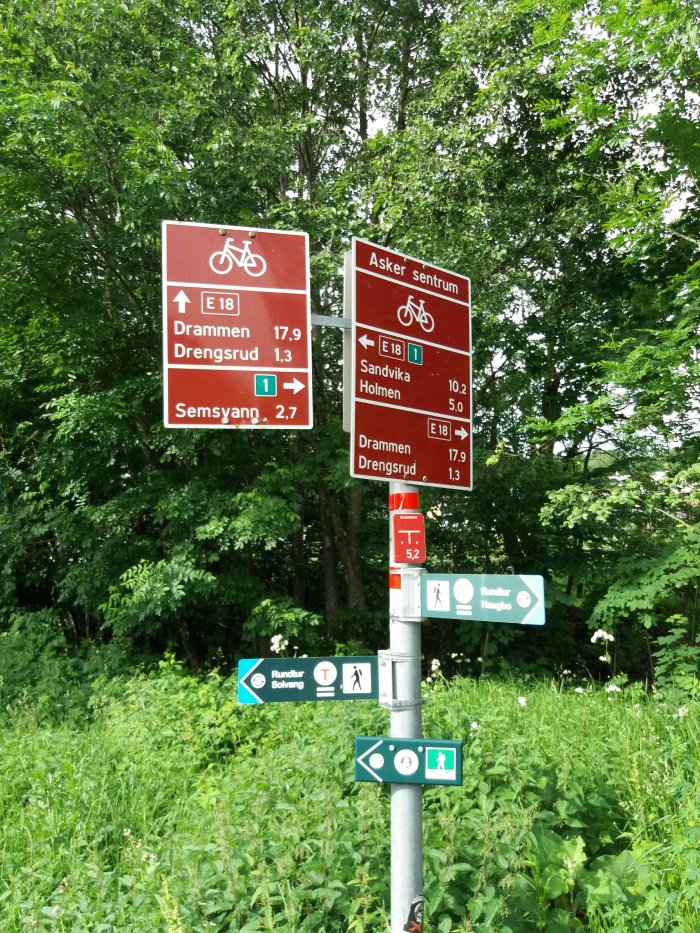