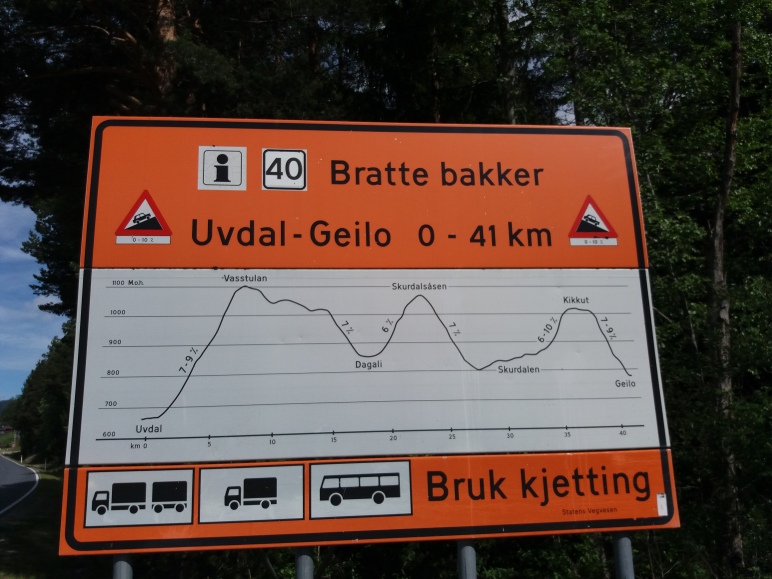 1st of July. Peaks and troughs.

Up early and away we go on a nice steady climb along a quite road. Slowly climbing for 20km I go round a corner and it just got a lot steeper after a further 10km I summit. Starting at 150m above sea level today requires another big climb. After yesterday I’m shattered  but there’s a nice reservoir to have lunch by. A sudden ping let’s me know I’ve snapped a spoke. I’ve got an emergency one to put on, but it takes a while. The descent into Uvdal is not good the road is really rough and I don’t trust my back wheel. I’m headed for Geilo but it is not an easy ride 10 km out and another spoke goes. I coast into town at 1500 hoping to find a bike shop. As I look round I find a sign that says bicycle repair, I get to the shop only to find it closed even though it’s says it’s open til 1600. A closer look reveals a note which I gather means it’s closed for the week. Bugger because tomorrow is Sunday and I’m in the middle of nowhere. What to do.