24th of August. Lifes a beach.

Have a steady headwind in the morning. I take a detour to some cold war remains and stop of at a museum. They have a random collection of military vehicles. I have a sit in a amphibious personnel carrier. I then climb the watch tower, I’ll admit to not liking heights much, but when you climb up something that has been moved and rebuilt and you’re near the top and you grab a tie bar and its loose. it didn’t fill me with much confidence. But I made it to the top and back down safely. I then had a wonder among the ruins of the cold war bunkers. It’s mad to think that people’s lives were determined by what side of an arbitrary line you were on on the day the cold war started. Anyway some time on the beach before heading back. Waiting for the ferry to the other big Estonian island I bump into a german couple who are cycle touring and the man suggests Georgia is worth a visit. I have tea on the beach near the ferry terminal. Then its find a place to camp. Ooh yeah and I broke another spoke but I also found my mp3 player that I couldn’t find for 3 days yay. 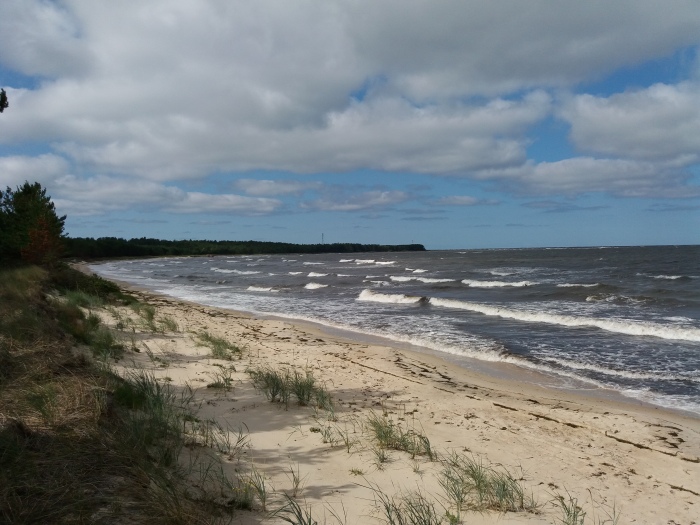 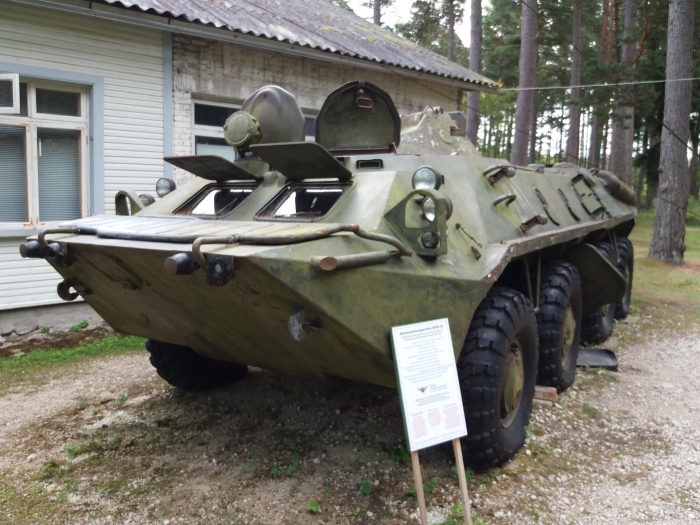